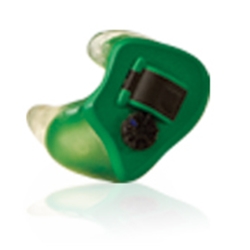 Electric Shooters Protection is proud to sponsor two 2012 Olympians on the US National Skeet Shooting team with our custom made “Stealth” model ear pieces.
Vincent Hancock, who won the men’s skeet gold medal in the 2008 Olympics in Beijing was a World Champion shooter again in 2009, and FrankThompson will geared with the Stealth Digital Shooting Electronic Hearing Protection Ear Plugs Ear Buds.
It’s quite obvious, only the best shooters in the world deserve the best ear buds in the world.
The Stealth is the most popular model ESP provides and also offers the highest quality, digital sound.

“The sounds you hear from the state-of-the-art digital circuitry in the Stealth are so natural you’ll forget you’re wearing the Hearing Protection Device,” it says in Stealth’s product description.
What makes the Stealth ear bud the official sponsor of two of the best shooters in the world, is offering protection from the noise of gun blasts, but enabling to shooters to listen to the most delicate sounds around them.

We wish both Vincent and Frank the very best of luck in London and bring home the gold!! GO USA!

One reply on “ESP sponsoring two US Olympians, including 2008 gold medal winner“