The Fastest Growing Demographic of Gun Owners in America 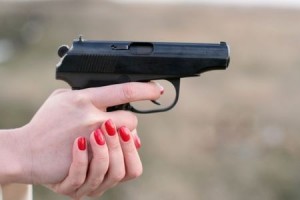 According to a report released last year by the National Shooting Sports Foundation (NSSF), Annie Oakley would feel right at home in the 21st Century. The study found that women are the fastest growing demographic of new gun owners in the country. In particular, women between the ages of 18 and 34 are most likely to become gun owners.

Jim Curcuruto, the Director of Industry Research and Analysis at the NSSF, weighed in on the study’s findings in an interview earlier this year. “The women’s market is a force in our industry, and manufacturers, retailers and shooting ranges are making changes to their products and services to satisfy women’s tastes and needs,” said Curcuruto.

Most female gun owners who participated in the study cited self-defense as their prime motivator for purchasing a gun, but that’s not the only reason women are becoming interested in firearms. More women have been participating in competitive shooting sports in recent years as well. In fact, in 2013 famed competition shooter Jessie Duff became the first woman to earn the title of Grand Master from the United States Practical Shooting Association (USPSA). In order to achieve this prestigious title, Duff had to maintain a 95 percent average or better in a series of rigorous shooting classification courses.

In conjunction with the NSSF report, the National Sporting Goods Association also found that female participation in target shooting grew by 60 percent between 2001 and 2013. It’s exciting news for a sport that’s near and dear to our hearts here at ESP.