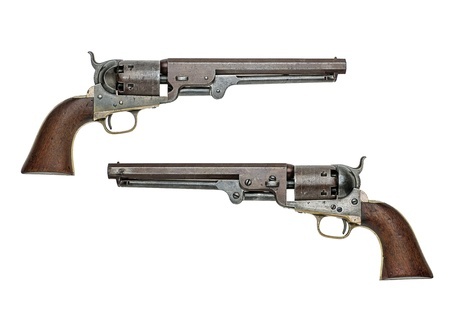 Gun ownership across the United States is older than the Constitution guaranteeing our right to bear arms. Americans have been wielding rifles since before there was even a centralized government. But changes to our society and technology have facilitated a shift in values and principles.

In fact, the decision to include the right to bear arms provision in the Bill of Rights was a direct culmination of a lacking centralized government.

True, the Declaration of Independence established a national governing body over the 13 colonies. But the founding fathers wanted insurance against the colonial powers of the era, namely the English.

There was little better insurance from ‘The Crown’ than permitting every citizen to arm themselves. The concept was in the event an invading army came swooping in, the loyal countrymen would be able to assemble militia and defend their land. In place of an expensive standing army, an armed population would give the government time to establish itself. It was, after all, the premise under which the United States was established.

But times have changes since the provision for the right to bear arms was included in the Bill of Rights at the end of the 18th century.

This is effectively a different country then it was then. Culturally, this country would not be recognizable to George Washington or Benjamin Franklin. With this cultural shift was introduced a complete change in principles.

Since the Declaration of Independence was signed, for one, we have seen the introduction of a standing army. Throughout the early 1800’s the British continued attempts to invade the United States. The American government subsequently realized the need to assemble a ready-to-deploy standing military. This effectively eliminated the instrumental need for individuals to assemble against invading powers, as the country from attack was now a designated obligation of the military.

Whereby a relatively limited number of people were gun owners in the revolutionary era, a much greater percentage of the population now has—or can easily gain– access to a firearm.

Recent studies on gun ownership in America showed some enlightening findings. For starters, more Americans die from everything from heart disease, cancer, illness from tobacco use, stroke and alcohol abuse than firearms by far. In 2015, for example, mass shootings have accounted for less than 50 deaths whereas lightening striking has accounted for 65 deaths.

Moreover, the distributions of firearms are rather surprising as well.

The relatively recently availability of guns extending to just about anyone with a couple hundred dollars is the issue. The problem America is having with firearms has to do with violence in the culture and irresponsible persons allowed to purchase concealable weapons. A simple and basic psychological screening in addition to the background check already in place can prevent incompetents from getting their hands on firearms. Guns don’t shoot people; people shoot people.