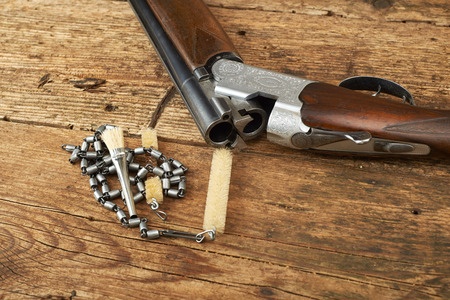 Cleaning your firearm frequently as possible is imperative on so many levels.

Cleaning your gun helps you not only learn about the weapon and how it works, but it also lets you maintain accuracy and longevity of the firearm.

Regular cleaning can even protect your own safety.

After every use, gunpowder builds up on your firearm, especially in the chamber and the barrel. No matter if it’s a revolver, pistol or rifle, layers of gunpowder collect as ash on the mechanics of your firearm.

This burnt powder residue not only gums up every moving part of the gun, but also down the barrel along the trajectory of the bullet. This must be removed regularly to maintain intended bullet trajectory.

This build up along the barrel of the gun from the lead or copper jackets only welcomes more bullet particles and gun powder. It’s similar to the effect of a chimney fire; the more soot that amounts, the more likely an issue will ensue. And this build up amounts increasingly quickly as more shots are fired from the weapon. This greatly compromises trajectory space in the barrel needed for the bullet to pass. Given the barrel is ultimately what aims the bullet at a target, this aspect poses serious risk to accuracy and efficiency.

And trajectory isn’t the only thing you sacrifice when you don’t thoroughly clean your gun. That’s because guns stowed away after firing without proper storage are a magnet to rust. Metal guns are made to attract condensation droplets in the air like bees to honey. And though gun metal is stainless steel, there is a point of irreparable damage for most firearms. Cleaning your gun after every use– before stowing it– is especially imperative. This is crucial to remember if you live in a humid climate.

With proper cleaning and lubrication, the specialty hardened steel guns are composed of will last exponentially longer than their dirty counterparts.

To a lesser extent, unkempt guns could even compromise the shooter’s safety. Dirty guns will eventually lead to backfire in extreme cases and potential injury to the shooter.

So maintaining your gun will ensure it stays not only safe to you, but will remain functional and accurate for years to come. After all, no one wants to open their lock-box to a pile of rust.