The History of Our 2nd Amendment under Fire

The heated debate over assault weapons has been long, tedious and impassioned. Shooting from both sides of the aisle, the unending debate of gun safety, who’s to blame for violence in America and who will protect our Second Amendment rights rages on Capitol Hill. But preventing violence in society starts with the people composed of the society long before the weapons available to them.


The fact is liberals have been attacking American’s Right to keep and Bear Arms since Lyndon Baines Johnson signed into law the Gun Control Act of 1968, in response to the assassination of John F Kennedy in 1963. With this initial indication of compromise from the conservative house at the time, anti-gun and gun control legislation has been rampant ever since. 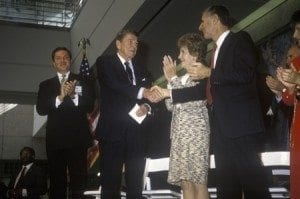 Luckily, many of the provisions to the Gun Control Act of 1968 were revised in 1986 under Reagan, thanks to allegations of abuse by ATF inspectors toward legally permitted gun owners. Uncovered by the NRA, it was discovered the ATF- disguising their abuses behind the 1968 gun legislation- accused thousands of ordinary American citizens, 75% of whom had no illegal intentions.


In response to these ATF abuses, the Firearm Owners Protection Act of 1986 (FOPA) loosened gun sales and ammunition shipment. Before passing, the democrats voted to add the provision to severely restrict civilian machine gun ownership. Despite this provision, this was considered among the last piece of pro-firearm legislation passed by congress. Ever since, there have been increasingly crippling bills and laws to the 2nd Amendment rights. 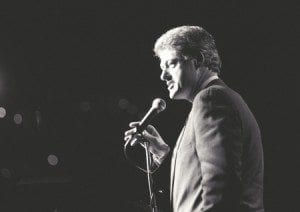 The Law Enforcement Act in 1994, commonly referred to as the Assault Weapons Band, was among the initial assaults on gun owners’ right to bear automatic weapons. With this, new semiautomatic assault weapons were no longer legally allowed for manufacture, possession nor importation. Initiated by house democrats under the Clinton administration with the hopes of reducing crime, it has been a prolific back and forth ever since.


The 1989 California state ban on assault weapons predates the national guidelines and was prompted by school shootings in Stockton California. Every shooting since then, including infamous Columbine High School shooting in 1999, the 2012 movie theater Aurora shooting and the Sandy Hook Elementary shooting, also in 2012, has been fodder for the fire against Americans’ fundamental Second Amendment right. 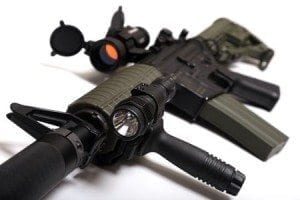 Supporters of the ban reference every act of violence committed using an assault weapon in recent years, channeling the national public hysteria spurred by liberal media scare tactics. This is compromising to our principles as a nation. Allowing politicians to waffle under the pressure of talking heads is not what our founding fathers would have wanted for our country 240 years later. The media has far too much power and it is swaying otherwise reasonable Americans to vote to undermine our basic rights.


Guns don’t kill people, people kill people. But the more American citizens sit idly by and watch their right to bear arms disintegrate, the sooner we will lose even more of our rights. The Constitution set the framework for our rights as independent citizens with laws that were put in place not to be compromised, rather, to set the rigid bullets we were meant to live by as Americans.