The Lowdown on the Olympic Shooters’ Unusual Eyewear 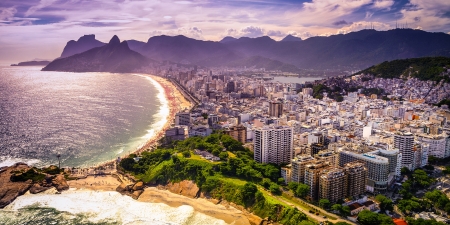 If you’ve been following the shooting events in this year’s Olympic Games in Rio, you’ve probably noticed that the athletes’ kits look, well, a little different than what you might expect to see at your local range.

To begin with, many of the events feature high tech, ergonomically-designed pistols and rifles that look like something out of a Western of the future.

These weapons favor accuracy and reliability above all else, and their precision design means they can cost upwards of $10,000. Everything from the barrel length to the trigger weight to the grip shape is meticulously machined and calibrated to maximize the shooters’ chances of success. It’s pure, unadulterated engineering at its finest.

But the gadgetry of Olympic shooting events doesn’t end with the guns.

In addition to their cutting-edge pistols, rifles and shotguns, the competitors in these sports are also known for wearing some unique headgear to enhance their aim.

The equipment in question is pretty easy to spot – it typically looks like a cross between horse blinders and a jeweler’s eyepiece, and it gives shooters a distinctly bionic look. Despite their unusual appearance, however, these eyeglasses are built for function rather than form.

In essence, the blinders work in conjunction with the eyepiece to act like the aperture in a camera lens. The eyepiece features a mechanical iris that can be adjusted by the shooter to increase their vision’s depth of field. This allows them to keep both their target and the sights on their gun in focus at the same time. Meanwhile, the blinders limit the amount of light that reaches the shooter’s eyes and help to block distractions in their peripheral. Many shooters choose to wear a blinder over their non-dominant eye as well to further reduce the potential for distraction.

Squinting your eyes actually works on basically the same principal as these appliances. When you squint, you narrow your aperture, reduce the amount of light coming into your eyes, and achieve a greater depth of field that allows you to focus on distant objects.

The eyewear that Olympic shooters wear simply reduces eyestrain and allows for greater control over their depth of field.

Here at ESP, we know how important it is for shooters to have the right equipment. That’s why we’ve designed our hearing protectors to block out harmful sounds, without obstructing quieter ambient noise. This dynamic hearing protection allows shooters to preserve their hearing without sacrificing performance.

View our products online, or give us a call today to learn more.