The Truth about Green Tip Ammo

With the latest assault on selective firearms led by New York State Democratic congressman Steve Israel, our second amendment rights are on increasingly thin ice. Moving to outlaw M855/SS109 ‘green-tip’ ammo, there’s a new bill proposed that flies in the faces of the ATF, NRA and Fraternal Order of Police, the very people Israel is claiming he wants to protect.

Going so far as to call any alternative to banning M855/SS109 ‘green-tip’ ammunition ‘cowardly,’ house democrats are doing their best to limit gun owners’ resources to keep and bear arms. Supporting the anti-gun “Modernize Law Enforcement Protection Act” is in fact supporting the violation to our amendment rights. 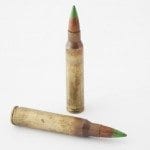 This bullet ban bill in fact would;

Calling for the immediate ban on the ‘green tip’ rounds, the bullet ban is an unneeded piece of legislation is in quick retaliation the ATF’s decision to not move to ban the ammo after thorough consideration and research. This consideration concluded the Nation Rifle Association and GOP majority is correct in the contention M855 rounds cannot penetrate level-3 police armor and are subsequently not a threat to the safety of law enforcement.

Pointing to the Law Enforcement Officers Protection Act of 1986 (LEOPA), Rep. Israel, “The ATF’s decision to cave to the gun lobby and allow life threatening armor-piercing bullets to remain on the streets is not only reckless, but cowardly.” Israel continued “I stand with our law enforcement officers and first responders who risk their lives every day to keep our communities safe – ATF should stop jeopardizing their safety and Congress must pass common-sense gun safety laws to protect lives and keep our men and women in uniform safe.” 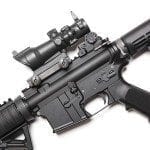 The majority of American gun advocates do not want armor piercing (AP) ammunition on the streets any more than the most adamant anti-gun liberal democrat. Most law enforcement officers are second amendment advocates and constitute the most concerned party in this context. In fact, the Fraternal Order of Police is maintaining loud and clear M855 ammunition is simply not a threat to law enforcement.

Regardless, this proclamation is going unheeded by Rep Israel, who doesn’t “stand with law enforcement” as much as he may want his constituency to think. Why are M855 rounds not a threat to law enforcement? Strong opposition to the latest bill is in great part because M855/SS109 ‘green-tip’ AP ammunition isn’t level 3 armor piercing at all, as armor piercing is in fact characterized with black tip ammo.

The ‘green tip’ ammunition isn’t any more armor piercing than .22 rim fire rounds. This is perhaps comparing extremely opposite ends of the spectrum, but in this regard the two kinds of rounds are much more similar than most realize. 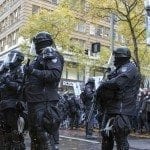 The conventional ‘wisdom’ ‘green tips’ are armor piercing is null and void, by federal ATF standards. The opposition obviously is very loud from not only the conservative side of the aisle, but from much of law enforcement and apparently the ATF as well. Perhaps the liberal left has M855- which was actually deemed ineffective for anti-personnel and subsequently relegated as target ammunition- confused with true AP ‘black tip’ M995 5.56 ammo.