Members of many shooting clubs and organizations would benefit from the use of electronic shooting protection. There are options that will even protect your ears from the loud discharge without taking away your ability to hear distant, subtle detection.

The United States Practical Shooting Association (USPSA), a non-profit membership association, is the national governing body for the sport of Practical Shooting in America. With over 25,000 members from over 400 affiliated clubs the USPSA encourages shooters to test and refine their shooting skills in a safe, competitive environment. Perfect for learning tactical strategies and encouraging performance under pressure, USPSA encourages you to be the best shooter you can be.

Also known as the U.S. Region of the International Practical Shooting Confederation (IPSC), which is comprised of approximately 67 nations, the USPSA is the perfect platform to encourage safe hearing preservation. Learn more about what you can learn as a USPSA member here!

3 Gun Nation, a national championship-caliber 3-Gun competition, encourages members to refine their Pro Series-style, natural terrain and long-range target presentations. Encouraging competition to inspire perfection, 3 Gun Nation is open to individuals and organizations for a low annual membership fee. With locations throughout the United States and Canada, the membership organization has a location near you.

Consisting of five matches, with competitors paired against one another based on skill level, the 3 Gun Nation competition features 3 shoot-off stages. The lone winner in each of the two rounds wins the grand prize while placing competitors are rewarded prize tables, among the most lucrative in the sport. Watch a sample of the competition here!

The Texas-based National Skeet Shooting Association(NSSA) and the National Sporting Clays Association(NSCA) are the official governing and sanctioning bodies for their sports. Dedicated to developing and promoting skeet shooting as a sport on all levels, from recreational to World Championship, joining the NSSA is the perfect way to learn or refine your skills in a hobby you will enjoy for a lifetime. 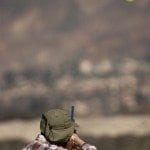 The NSSA non-profit organization is owned and operated by its members as the world’s largest skeet shooting organization. Hosting the annual World Skeet Championships, the NSSA, along with its NSCA division, promote professional sportsmanship and subsequently enforcing participants utilize the proper equipment.

The Amateur Trapshooting Association (ATA), the largest clay target shooting organization in the world, governs the rules and regulations in trapshooting with the goal to further enhance it and increase participation. In a fun and competitive environment, ATA members can learn all the skills and advanced methods for honing their targeting skills.

ATA members participate in 6,000 plus registered tournaments through its more than 900 affiliated gun clubs. Contestants in its annual Grand American World Trapshooting Championships are all required to where the proper headgear to protect their hearing. Learn more about what ATA offers members here! 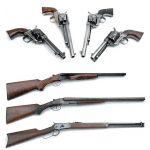 The Single Action Shooting Society (SASS) international organization seeks to preserve and promote Cowboy Action Shooting. To learn how to shoot the way it was meant in the old Wild West, the SASS is perfect for developing single action, quick draw shooting. Develop the quickest hand in the West with SASS training and courses.

Endorsing regional matches conducted by affiliated clubs for the World Championship of Cowboy Action Shooting, affiliate members’ handguns are exclusively revolvers. Revolvers are built with external chambers, which mean they are much louder. Ear protection is subsequently particularly important to this member group. See our members in action here!

Whenever you are shooting firearms, you want to ensure you have the proper ear protection. Moreover, there are advances in electronic ear protection which will allow you to protect your ears while still being able to hear certain decibels and/or distance, especially useful to hunters. You only have one pair of ears; they have to last you a lifetime.