Watch a Sharpshooter Play The National Anthem With a Rifle 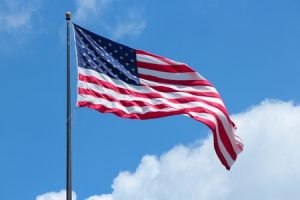 The Internet has gifted us with all sorts of impressive displays of exhibition shooting, some of which are pretty eccentric and creative as well.

Such is the case in this video of professional sharpshooter and ESP user Chris Cheng playing the Star Spangled Banner with an integrally suppressed Ruger 10/22.

It might not be the most practical shooting drill to try on the range, but it certainly does look like a whole lot of fun.

Cheng accomplishes this feat of musical marksmanship with the help of the Musical Targets™ system.

This system consists of a series of acoustically-tuned metal plates arranged in sequence on a wooden frame.

Think of it as a xylophone for bullets. The noise-suppressing abilities of the 10/22 are so impressive that you can barely hear the rifle’s report over the sound of each “ping” of the bullets striking steel. A Leupold red dot sight gives Cheng the added accuracy he needs to pull off this remarkable piece of shooting.

Cheng, who was the season 4 champion on the History Channel’s Top Shot, is able to shoot his way through the entire national anthem without a hitch. In another one of his videos, you can watch Cheng use the Musical Targets™ system to play the U.S. Marine Corps Hymn—From the Halls of Montezuma—as well.

If there was ever a doubt as to the skill and artistry associated with exhibition shooting, Cheng’s performance should put the matter to rest once and for all.

Check it out, and let us know what you think in the comments section below!